READ MORE ON THE HISTORY OF THE MIGHTY TRFC

EARLY DAYS AND THE GALLAHER SHIELD

Takapuna RFC was formed in 1934 and located in Taharoto Rd, Takapuna. During this early period, Takapuna won the prestigious Gallaher Shield in 1940.

In the early 70's the club took a monumental decision to move to Onewa Domain where it is now located. The building opened in 1973 has proven to be one of the best club facilities in the country. During this time of change, Takapuna again took the Gallaher Shield in 1980.

North Harbour RFU began its early history at Onewa Domain as Takapuna started to dominate the senior grade at all levels. Our success since 1994 has been extremely high and we have won 12 North Harbour Premier Championships over this period.

We are continually in demand to host international sides, while they travel and play in NZ, with our playing surfaces of fields 1/2 and 3 being of a high standard.

The lounge and changing-room facilities are also of a high quality and offer members and the public a great base for functions and special events.

Takapuna has produced 9 All Blacks and has had many representatives over all forms of the game and at all levels.​​

​We are the most successful Premier club in the North Harbour Union, winning 12 out of 23 titles.

In 2001 we became the winners of the Inaugural Sky City Blues Franchise competition competing with clubs from Auckland, North Harbour and Northland Rugby Unions.

In 2000 our Premiers won their 7th successive North Harbour Championship.

The 2002 Premier season was a fantastic success with our top team beating North Shore 21-0 in the championship final. This is the eighth time in nine years Takapuna had taken out this trophy.

In 2003 we won the North Harbour 7's Competition. The Premier side took out the Wayne Shelford Shield for winning the first round, but exited in the semi-finals.

2006 saw the club gain their ninth Premier title as well as the Under 21 championship.

In 2007 we won the Premiership for the tenth time and took out two North Harbour Sevens titles.

Our Premier One's, Under 21's and Under 85's are all regular championship winners and we pride ourselves on retaining our players and giving then the right type of support to progress through the grades to premiers, and on the way to gain representative honours 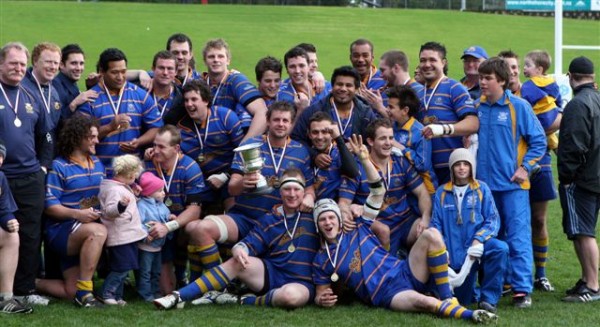